Chat Room Cliques: Why You Should Avoid Them 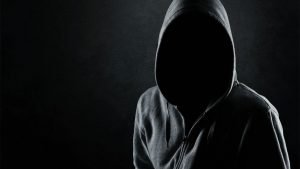 If you’ve been in your fair share of chat rooms, you know that there are some that are quite friendly to new people and some that are, well, not. One of the main differences between these two different types of chat rooms is whether or not they are inclusive or exclusive. Exclusive chat rooms seem cliquey and you might not even understand what exactly is going on inside of them. This behavior is the opposite of what is helpful in chat rooms, where you are supposed to make friends! Plus, acting like this makes other people feel excluded and keeps communities small or boring.

Now, what makes a chat community cliquey and how can you avoid those behaviors?

When someone new comes into a chat room, your first reaction should be to learn about them and what makes them tick. However, some people don’t like to hear about new people and they just want to make fun of them for being new or different. This will not encourage them to come back to the chat room again to build the community. If a community doesn’t grow with new members, it might quiet down and become boring. This is one cliquey behavior that just doesn’t work and it’s flat out rude. Teasing someone could be seen as bullying which is a big no-no!

Inside jokes are totally fine between friends in private conversations, but in the context of a chat room with lots of people in it, it’s probably not the best way to make friends. That’s because the newer members of the chat might not even know what the joke is about. If you do make an inside joke, including the people who might not know what is going on by explaining the funny circumstance around the joke. Even if they don’t find it funny, they might enjoy learning the story and it will give all of you something to talk about.

3. Not Breaking the Ice

When new people join a chat room, it’s nice to have an ice breaker so that everyone can become involved in the conversation. If you want to give it a shot, you’ll be able to bring new people into the convo very easily and have a nice time. It’s great when you can become someone who actually fosters community rather than turning it away. You can break the ice by noticing new members and asking them about themselves. Some chat rooms even have specific ice breaker ideas that you can choose from to make the whole process easier.

Gossiping is something that can make people feel excluded. If you gossip privately about other chat room members to someone else, it really tears apart the whole community. People might begin to worry that you will start to talk about them to other people if they misstep. They might also worry that you will not tell them to their face if they do something that bothers you. All in all, gossiping doesn’t bring people closer together. If you have an issue with someone, it’s best to figure out how to talk to them about it rather than going behind their back.

About The Author. — Chatomg is an expert in communication and contributor to Joingy, a chat app to meet strangers. Visit their Official Blog for guides on similar chat topics.
Chatting 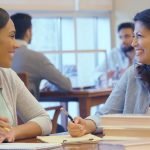 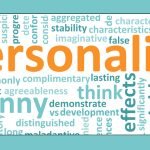